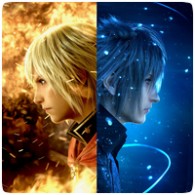 A new trailer has been released fo the upcoming Final Fantasy XV demo called Episode Duscae. The demo will be available to those who buy Final Fantasy Type-o, when it releases on 20th March 2015. The trailer isn’t particular long, but might just tempt Final Fantasy fans to buy Type-o in order to get the demo.

A second gameplay trailer has also been release, where it appears you can play as a cat. This Cat Cam trailer is longer than the one above, but gives you a sense of how detailed the environments in the game are. We’re not entirely sure how this Cat Cam will tie into the game or story itself, however.