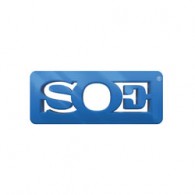 Sony Online Entertainment, the studio responsible for titles such as DC Universe Online and EverQuest, has been acquired by Columbus Nova, a New York based investment management firm. The company has been renamed to Daybreak Game Company, and will now focus on multi-platform games, while continuing development on all current projects.

Jason Epstein, senior partner of Columbus Nova had this to say about the acquisition.

“Sony Online Entertainment, newly rebranded as Daybreak, is a great addition to our existing portfolio of technology, media and entertainment focused companies. We see tremendous opportunities for growth with the expansion of the company’s game portfolio through multi-platform offerings as well as an exciting portfolio of new quality games coming up, including the recently launched H1Z1 and the highly anticipated EverQuest Next to be released in the near future,”

“The recent Early Access launch success of H1Z1 is just one testament to the talent and dedication of the studio’s developers to create great online gaming experiences.”

According to All Games Beta, the company is effectively an independent game development studio and will developed games for PlayStation, Xbox, mobile and more.