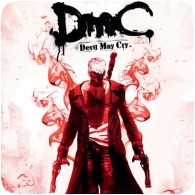 Ninja Theory has announced that Devil May Cry: Definitive Edition is coming to the PS4. The game will offer gamers the definitive DmC experience, with improvements and optimisations added to the game. The game will also run at 60fps at 1080p resolution, and will include all the released DLC.

Here are just some of the awesome new features of DmC: Definitive Edition: