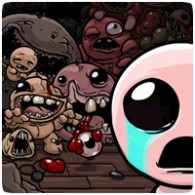 The Binding Of Isaac: Rebirth is coming to the Instant Game Collection for North America and Europe next month, according to the producer for the game, Tyrone Rodriguez. Rodriguez let slip on the PlayStation.Blog that the game will part of PlayStation Plus in November, and the first of two PS4 games.

Funny enough, the reveal by Rodriguez was made almost two month ago, but went unnoticed by the Internet until yesterday.

The game features hundreds of items, weapons and power-ups, and the developers boast it will take over 500 hours to unlock every item. Check out the trailer for the game below:

Instant Game Collection, PlayStation Plus, The Binding Of Isaac: Rebirth