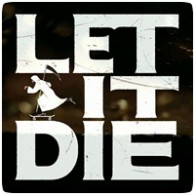 Revealed at Sony’s E3 Press Conference, Let it Die is coming exclusive to the PS4 in 2015. Now, creator Suda51 has revealed to Destructoid that the title will use the free-to-play business model. Details on the game remain scarce, but the will focus less on story and characters, and use real-world player data instead of standard AI.

You can see the live-action E3 video for the game below:

The trailer doesn’t reveal much about the game, except that it will be dark and gory.