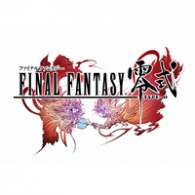 Sony has revealed that Final Fantasy Type-o will be releasing in North America and Europe in the form of a full HD remake. The original game was released on the PSP in 2011, but was limited to the Japanese market. The story of the game follows a group of 12 people that make up Class Zero, students who know magic.

They become embroiled in a war against the Empire, and try to push it back from their own nation. A release date or trailer for the game has yet to be revealed, but the game is definitely getting a Western release.