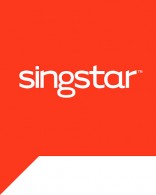 SingStar has been announced for the PS4, and will be coming to the console later this year. The game will come with a companion application that will be compatible with iOS and Android, letting you turn your smartphone into a microphone for the game. The app will also work with both the PS3 and PS4 versions of the game

Check out our new trailer!

Later this year, SingStar: Ultimate Party will also be releasing on PS3 and PS4, which will host a collection of 30 epic tracks, which represents great value for anyone new to SingStar.