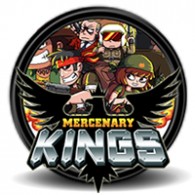 Sony should be announcing the PlayStation Plus line-up for April in Europe and North America any time now, usually a week before new content starts to appear. Hopefully we’ll have confirmation this week from Sony.

One comment on “Mercenary Kings Coming to Instant Game Collection in April?”