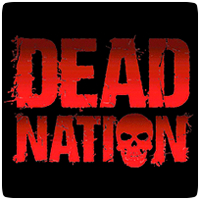 A new patch for Dead Nation: Apocalypse Edition on the PS4 is now available, updating the game to v1.02. The patch is said to fix the online issues affecting the game since launch, and was patched fairly quickly thanks to players submitting crash reports from the game.

The changelog is as follows:

There was also a little apology attached to the patch notes:

We apologise to all players that have experienced problems and would like to take this opportunity to thank everyone that submitted crash logs, without which, it could have taken us much longer to address several of the points noted above.