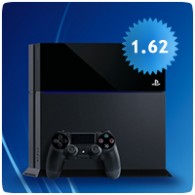 If you have turned on your PS4 in the last day, you’ll have noticed that a new firmware update is now available. Sony has released the minor firmware update to improve “Operation quality during use of some PlayStation 4 software”. Basically, the firmware doesn’t do much except improve stability of some apps.

Luckily, the update is optional, so you don’t have to instal it. However, since it’s likely that the firmware has already downloaded in the background, it won’t be take up too much additional time to just install it.