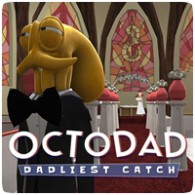 Indie game Octodad: Dadliest Catch will be coming to the PS4 in April, developer Young Horses have revealed. The game is already available on PC, but the final PS4 release date has yet to be finalised, with the developers stating that the release likely to happen in “Early April”. The game will be exclusive to the PS4 on consoles, though a Xbox One version could be released in the future.