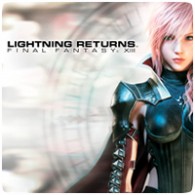 If you fancy playing Lightning Returns: Final Fantasy XIII ahead of release, you’ll be happy to know that a playable demo is now available on the PlayStation Store. The demo will give you the opportunity to play the opening section of the game, allowing you to test the new battle system and customisation options in the third and final instalment of the series.

The demo to the exciting conclusion of the FINAL FANTASY XIII trilogy; puts players in control of Lightning as she traverses the chaos-infested Yusnaan palace of her old ally, Snow. Customise Lightning’s style in both appearance and abilities, with many weapons, outfits and roles based on different jobs from the FINAL FANTASY series. Jump between three different styles in each battle and master the completely overhauled battle system.

The full game will be available on February 14th 2014, but it’s worth downloading the demo and enabling the “outerworld” service, so you can eventually unlock the Siegfried outfit in the final version of the game.