PlayStation Plus subscribers will be able to try out Killzone: Shadow Fall‘s multiplayer component for free over the weekend of 28th to 31st December 2013, without having to purchase the full game. It’s effectively a multiplayer trial, but gives you a good idea of what the game is like, and maybe even persuade you to but the full version. 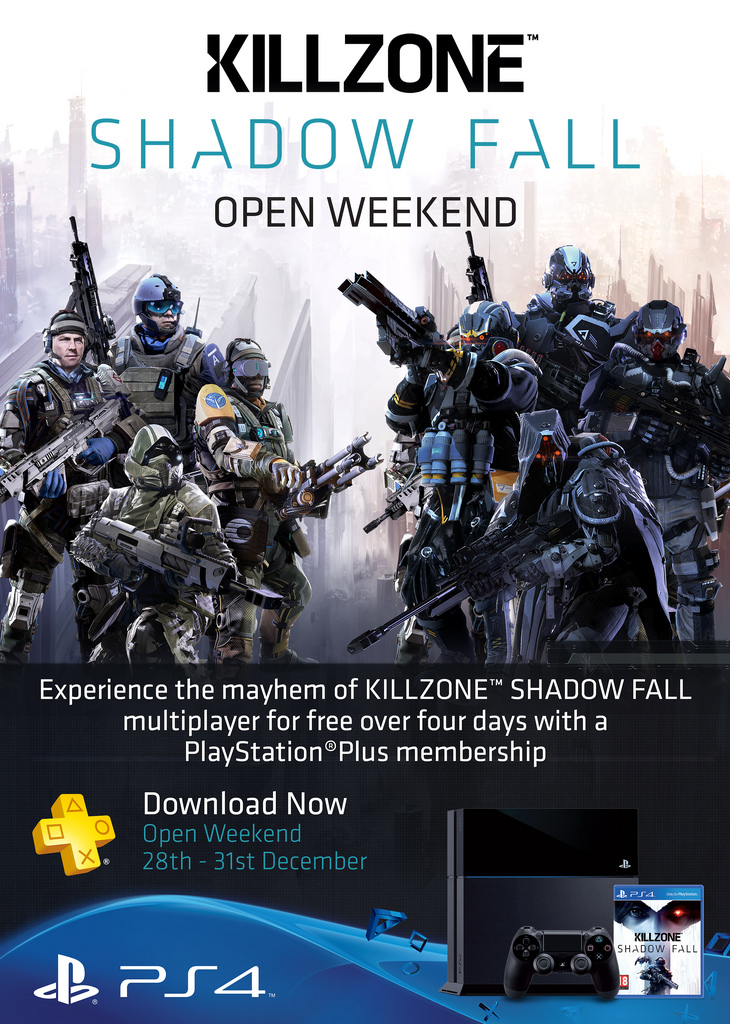