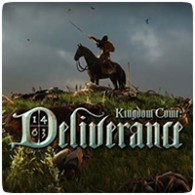 Czech-based indie developer, Warhorse Sutdios, has announced a open-world RPG for PC and next-gen consoles, including the PS4, called Kingdom Come: Deliverance. Set during the Middle Ages, players will explore a vast open world, brought to life by CryENGINE 3 and a talented team who has worked on hits such as Mafia, Crysis, and Operation Flashpoint.

For details about the game will be revealed in January 2014.