DFC has confirmed that Sony’s PS4 was the biggest console launch of all time in terms of hardware unit sales, beating the two previous record holders: the Nintendo Wii and PS2. The PS4 sold more consoles in the first two weeks on sale that any other console, including Microsoft’s Xbox One.

“The most successful console systems of all time in terms of total hardware unit sales were the Sony PlayStation 2 and the Nintendo Wii, says DFC analyst David Cole.  “The PS2 and Wii also had the record for largest initial launch sales but the PlayStation 4 surpassed both those systems.” 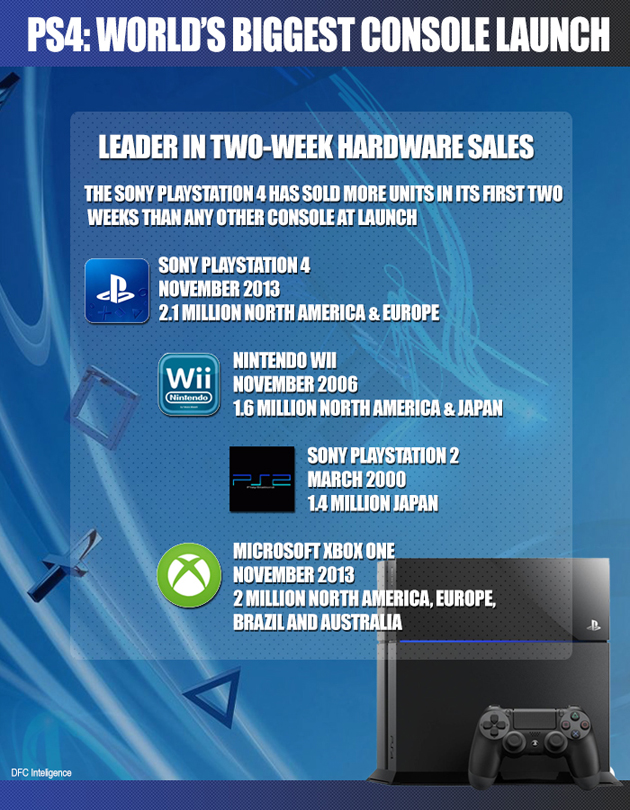