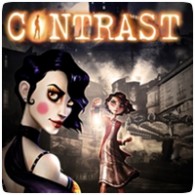 Compulsion Games has released a patch for Contrast to fix certain bugs and glitches affecting the game. The patch is now available to download for the PS4 in Europe, while the North American patch should be releasing soon once Sony has approved it. The PS3 patch will also be available for both territories soon, once the PlayStation Network is updated.

The patch notes are as follows: