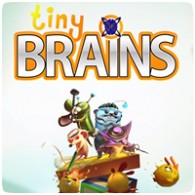 Spearhead Games has announced that their upcoming PS4 co-op puzzler Tiny Brains will be releasing in North America and Europe in December. Tiny Brains is a quirky, social, cooperative, action puzzler, which follows four tiny lab animals – a rabbit, a mouse, a hamster, and a bat – each of whom has been so extensively experimented on as to develop cool psychic abilities.

The bat can channel his voice to force-push objects away from him; the rabbit uses an electric charge generated by his huge floppy ears to pull objects towards him. The hamster can create a solid chunk of ice out of thin air, and the mouse can swap his position with that of another object at will.

Each of these powers is useful, but no one power can solve the puzzles alone. In order to progress through the mad scientist’s diabolical laboratory, all four critters must work together. This means a lot of shouting, a lot of communication, a lot of chaos, and a hell of a lot of fun. But you don’t necessarily need three friends and four controllers to play.

The game includes online drop-in/drop-out multiplayer, and even a single-player mode in which the levels adapt to become solvable by one player. But it’s best played together with friends in couch co-op fashion.

Tiny Brains launches on the PS4 on 3rd December in North America, and 11th December in Europe. 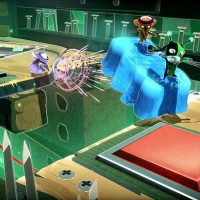 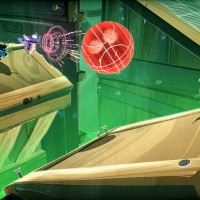 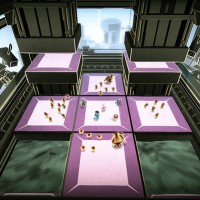