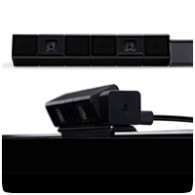 If you’re planning to buy (or already have a PS4 Camera), you should be aware that the microphone on the device is always-on, and auto-broadcasts voice if you are in a party chat. There is no option to stop your voice being broadcasted, and you must physically disconnect the camera to stop the microphone, or use a headset and mute it.

This is according to a poster on NeoGAF, who states “I was playing FIFA yesterday and after a few games I noticed the little speaker icon glowing during my matches, indicating that I was chatting online with the other player.”

“Well turns out the PS4 camera automatically broadcasts in game chat with no way to mute or turn this feature off. Yes, I even checked with Sony and the representative confirmed that there was no way to turn it off, short of unplugging the camera.”

The option to mute the camera is a big oversight by Sony, but hopefully it’s addressed in a future firmware update. Lets hope it’s patched before the European launch of the PS4 on November 29th 2013.