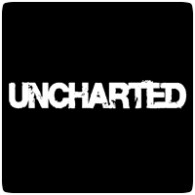 Naughty Dog have announced that Uncharted is coming to PlayStation 4, via a teaser trailer (found below). The game is called “Uncharted” for now, with a final name expected to be announced at a later date. The teaser trailer doesn’t reveal much on what the game may be about, but the voice over certainly isn’t Drake, so could there be a new playable character?

A Google search reveals that “Hodie mecum eris in Paradiso” means “Today you will be with me in paradise”.