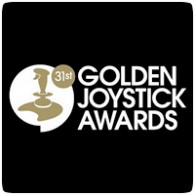 The winners for the 31st Golden Joystick Awards have been revealed, with a number of PlayStation exclusives making the list. Naughty Dog’s The Last of Us won several awards, including Best Newcomer, Best Studio and Best Storytelling. The PS Vita title Assassin’s Creed III: Liberation also won Best Handheld Game of the Year.

Here are all the winners: