The PS4’s Party Chat feature will be compatible with the Party Chat functionality that’s already on the PS Vita, according to Sony’s President of Worldwide Studios Shuhei Yoshida. The cross-platform feature was confirmed via twitter in response to a question by @rossthebassist.

This makes the Party Chat feature on the PS4 not jsut cross-game but cross-platform too. Currently, the PS3’s chat features and messaging system doesn’t really work well with the PS Vita version, with gamers unable to respond to chat requests sent from one platform to another.

Yoshida also confirmed that you’ll be able to jump straight into Remote Play while the game is still active, so there will be no need to save and quit. Now, we wonder whether Party Chat will remain active while using Remote Play. 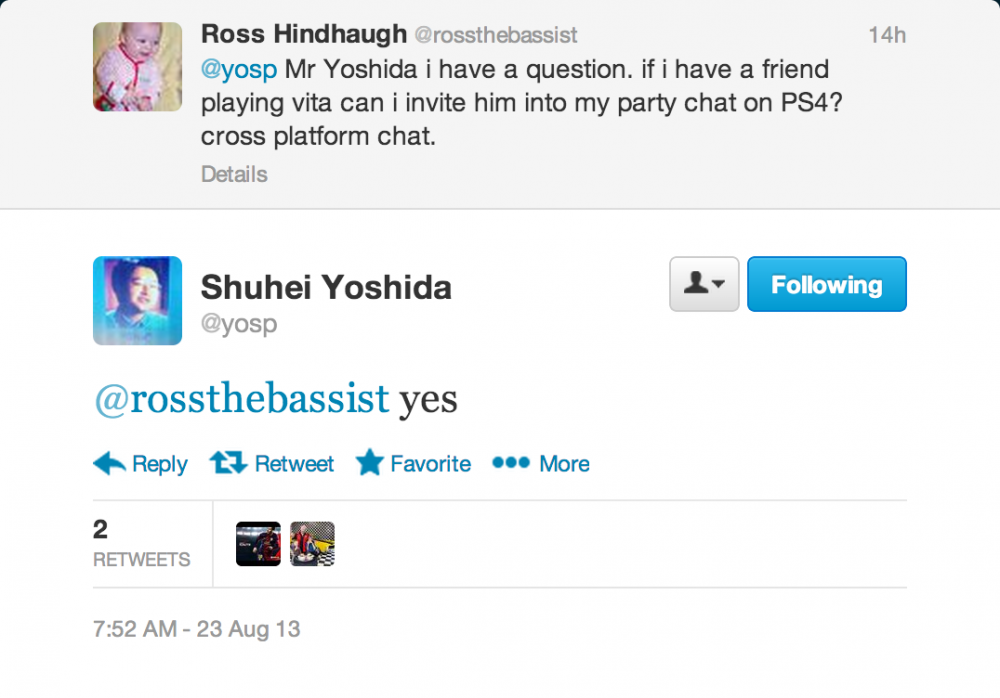