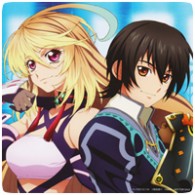 Namco Bandai has a released a new trailer for Tales of Xillia, titled “Two Heroes, One Destiny”. The Japanese role-playing game game was released on the PS3 in Europe and North America last week after being available in Japan for almost two years. The game takes place in a fictional world called Rieze Maxia and follows Jude Mathis and Milla Maxwell – the two heroes.