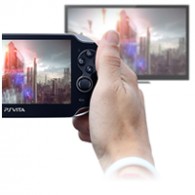 A recent rumour from Inside Gaming Daily suggests that Sony is planning a PS4 bundle that includes the PS Vita console for the end of the year. According to the video, the bundle has been confirmed for release  towards the “end of the year” by a “well-placed anonymous source” for “around $500.”

That roughly translates to £330, but expect a price nearer £450. The bundle, if real, should help increase sales of the PS Vita, but will it be popular given the obviously higher price. The bundle is an ideal companion to the PS Vita, given that the PS4 is designed to work with the Vita.