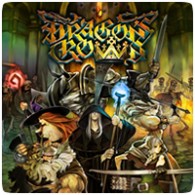 North America will be getting Atlus and Vanillaware’s Dragon’s Crown on the PS Vita and PS3 as early as August 6th 2013, but a European release of the game wasn’t confirmed until this week. NIS America has confirmed that Dragon’s Crown will be coming to the UK and Europe, but doesn’t have a release date as of yet.

The hack-and-slash title is expected to release in Europe and the UK in Autumn of this year, according to a newsletter send out by NIS America.