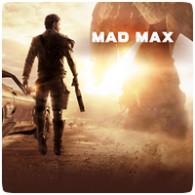 Warner Bros. have released the first gameplay trailer the Mad Max game which was revealed at E3 2013. Although labeled as a Gameplay trailer, the video contains a lot of cut-scenes and very little actual gameplay footage. However, the game looks very impressive from what we can see in the trailer, which includes face-to-face and vehicular combat.

The game is being developed by Avalanche Studios and is set to launch in 2014 on PlayStation 4, PlayStation 3, Xbox One, Xbox 360 and PC.