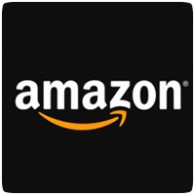 Amazon is reporting record-breaking number of pre-orders for upcoming next-generation consoles since E3 2013, with a 4,000 percent increase compares to last year. At it’s peak, Amazon reported that pre-orders for the PS4 and Xbox One exceed 2,500 unites per minute.

In just the first day of pre-orders alone, the Xbox One and PS4 managed to rack up nearly twice the value of total sales made through the video game store throughout all of Black Friday in 2012, reports Amazon, which is usually one of top shopping days in the US.

In the US, both the PS4 and Xbox One continue to dominate the Video Games’ Top Sellers List, with the PS4 dominating ahead of the Xbox One until Microsoft did a U-turn on the DRM restrictions a few days ago. Amazon hasn’t released any specific numbers, but the company says there is ample demand for both consoles.

With all this demand for the consoles, it will be interesting to see how many units actually ship when each console is released. There is likely to be a very long waiting list, and consumers may have to wait months before they can get their hands on the consoles.