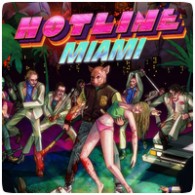 Sony has revealed that Hotline Miami will be releasing on the PS3 and PS Vita next week in both North America and Europe. The game will launch in North America on June 25th for $9.99, and in Europe on June 26th for £7.29 / €8.99. In addition, the PlayStation versions of the game will have an exclusive new mask designed by Abstraction and Dennaton Games.

Hotline Miami is a 2D action video game by Dennaton Games, blending top down perspective with stealth, extreme violence and surreal storytelling, along with a soundtrack and visuals influenced by 1980s culture. The game includes trophies, online leaderboards for each level of the game, and touch support for lock-on targeting on the Vita version.

The title is also cross-buy compatible so you can get both the PS3 and PS Vita versions in a single purchase.