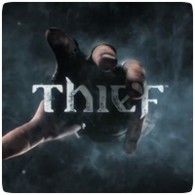 Square Enix has released the E3 trailer for upcoming PS4 and Xbox One title Thief. The trailer for the stealth game, however, shows no actual gameplay footage, which is somewhat disappointing. In the game, the player takes the role of Garrett, a master thief in a fantasy/steampunk world resembling a cross between the Late Middle Ages and the Victorian era.

The game will be releasing on the PS4, Xbox One and PC sometime next year.