The official release date for Final Fantasy XIV on the PS3 has been revealed, as well as the game’s Collector’s Edition. The game will be releasing on August 27th 2013, and pre-ordering the game will be get you exclusive in-game content and early access to the game. Monthly subscriptions for the game will start £7.69/€10.99.

Pre-order now and you’ll get the following in-game content:

For the ultimate Final Fantasy fan looking for something a little bit more special, the FINAL FANTASY XIV: A Realm Reborn Collector’s Edition is right up your alley, and contains: 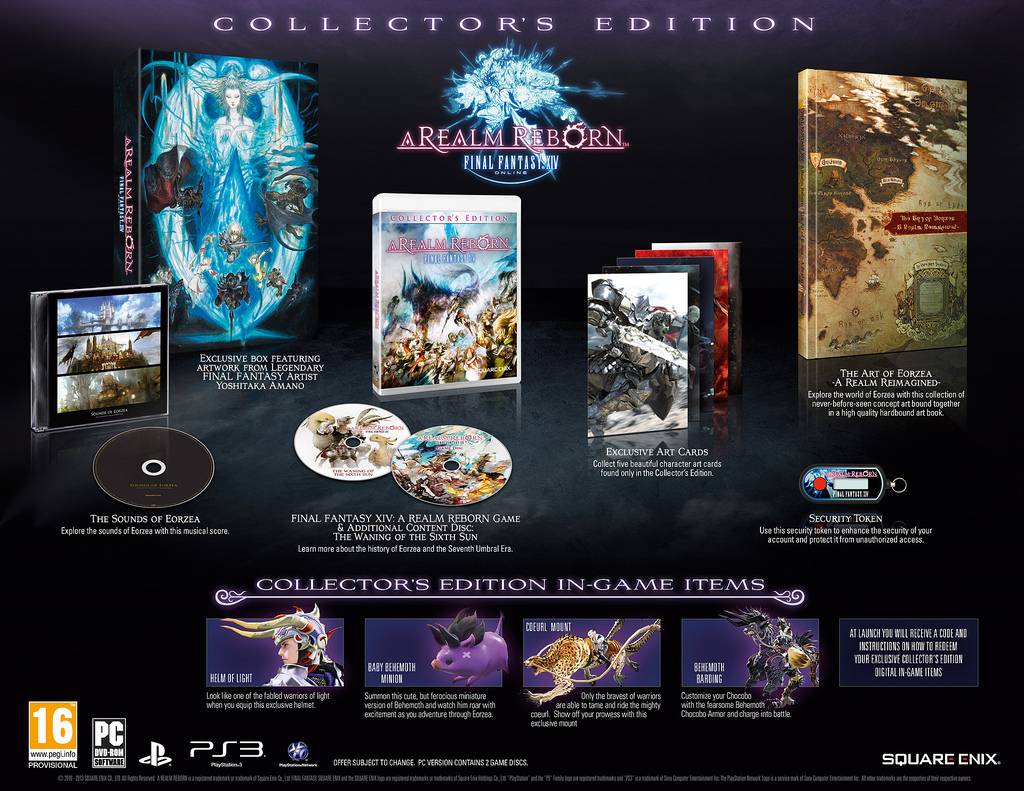