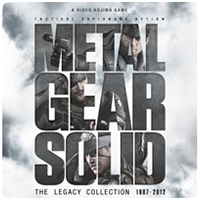 Hopefully, Konami will announced a similar (if not the same collection) for the European market. The Metal Gear Solid Legacy Collection will help expand the MGS fan base before the next instalment is released.