Japanese games magazine Jump has confirmed that Final Fantasy X HD on the PS3 will also come with Final Fantasy X-2 HD. It looks like Square-Enix had enough time to get both games remade for the PS3 and PS Vita. On the PS Vita, however, both games will be available for purchase separately.

The full Japanese title looks to be Final Fantasy X | X-2 HD Remaster. The game is scheduled for a 2013 release in Japan, but a Western date has not been revealed yet. Prices have yet to be announced too. 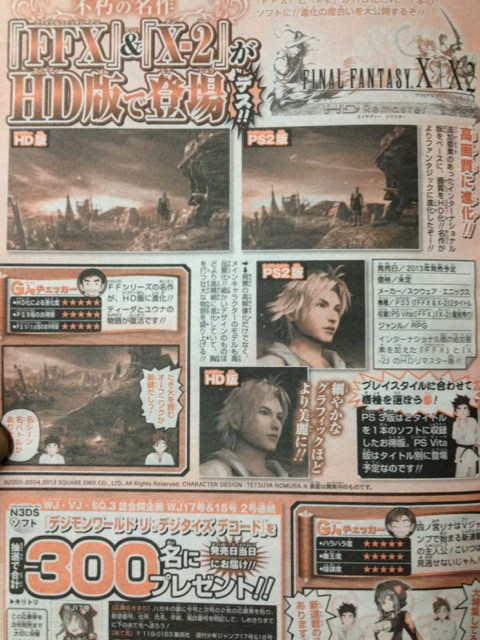