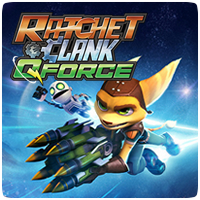 Sony recently revealed that Ratchet & Clank: QForce on the PS Vita would be delayed to Spring 2013 to give the developers more time to polish off the game. Sony would like to make it up to those that purchased the PS3 version of the game by giving away two free games. Owners will be receiving a voucher to download MotorStorm RC by the end of the month.

In addition, Sony will also be giving owners of the PS3 version a free download of Ratchet: Gladiator for PS3 when it releases on PS Store. More details about the release of the second game will be available at a later date, but it’s good news for those waiting for the PS Vita version of Ratchet & Clank: QForce.