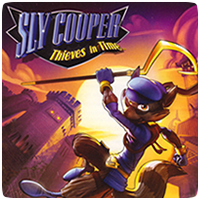 The download sizes for the PSN versions of Sly Cooper: Thieves in Time have been revealed on the PlayStation Store as the game goes live in North America. If you’re planning to download the game instead of purchasing the retail version, be sure to have enough space on your hard disk. The PS3 version of the game weights in at a massive 18.9 GB.

On the PS Vita, the game will take up a modest 3.5 GB on your memory card. If you only have a 4 GB memory card, you’ll have to free up a lot of space to get this on there. The PS Vita version of the game is free if you purchase the PS3 version.

Compared to other titles, Sly Cooper is smaller than Ni no Kuni: Wrath of the White Witch, which was a whopping 21.7 GB, while DmC: Devil May Cry was only 6.6 GB.