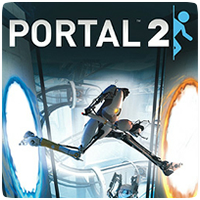 Portal 2 is getting new DLC next week, titled Portal 2 in Motion, which was first announced back at E3 in June 2012. The release of the new DLC coincides with the digital release of Portal 2 on the PlayStation Network, which has also been updated to include layStation Move support (implemented by Sixense) for the entire single-player and cooperative campaigns.

The DLC and digital version of the game will be available in North America from November 6th 2012 for $9.99. PlayStation Plus members will receive 30% discount on the game when it launches too. Owners of Portal 2 on Blu-Ray will receive PlayStation Move support through a free patch, which will provide a touch of the motion experience provided by Sixense.

While the original Portal 2 campaigns will be fully playable with PlayStation Move, only Portal 2 In Motion features the gameplay mechanics designed by Sixense specifically for motion.