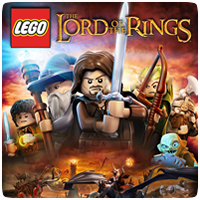 Warner Bros. has revealed the release date for LEGO Lord of the Rings on the PS3 and consoles. The game, which is based on the Lord of the Rings trilogy, will be releasing on consoles next month on the PS3, and is already available on the PS Vita in North America.

Warner Bros. has also released a new trailer of the game, which you can find below: