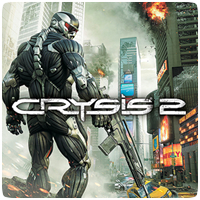 SCEE has announced that Crysis 2 will be making it’s way into the Instant Game Collection in Europe this November. The game, which was originally released in March 0211, is a visually stunning, high-concept FPS with a gripping storyline written by sci-fi veteran Richard Morgan. The game will be making its way into the Instant Game Collection on November 7th 2012.

Set in the year 2023, three years after the events of Crysis, you’ll find yourself in control of a Force Recon Marine named “Alcatraz”, who gains ownership of the Nanosuit 2.0 from Army Delta Force officer Laurence “Prophet” Barnes, who many of you will remember from Crysis.

The violent alien race from the original game has returned, with a full invasion force bent on nothing less than the total annihilation of mankind. In New York, the invaders stalk the streets and a nightmare plague strikes down the city’s inhabitants. The city’s infrastructure is in ruins, while its streets and skyline are smashed and in flaming ruin. This is New York City like you’ve never seen it before.

Crysis 2 is just one of the many PlayStation Plus bonuses subscribers can look forward to next month. More freebies will be announced shortly.