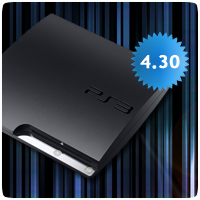 PS3 Firmware v4.30 adds PS Vita trophy support to the console, allowing gamers to see trophies unlocked on their PS Vita console on their PS3. Firmware v4.30 also marks the end of Life with PlayStation as a service, and will be terminated soon.