Sony has announced two special editions of upcoming title God of War: Ascension, both available from launch in March 2013. The Collector’s Edition and Special Edition will be available across PAL territories and will include bonus content along with a copy of the game. The Special Edition will include a steelbook case, the official game soundtrack, multiplayer double XP, dynamic theme and avatar pack.

The Collector’s Edition will include everything from the Special Edition, but will also include: 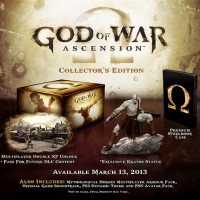 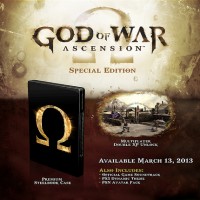