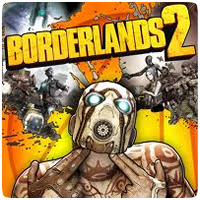 2K Games and Gearbox Software have released new DLC for Borderlands 2 a week ahead of schedule. The fifth character class in the Mechromancer DLC was released in North America yesterday, and will be released in Europe today. The DLC was originally scheduled for release next week, on October 16th 2012.

The Mechromancer DLC is free to download if you are a member of the Borderlands 2 pre-order Premier Club, otherwise the DLC will cost you $9.99. The DLC will allow players to use Gaige the Mechromancer who has the ability to summon a giant robot called Deathtrap to assist her.