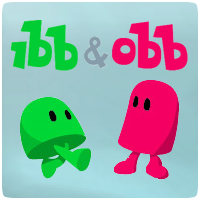 Dutch developer Sparpweed has revealed that cooperative puzzle-platformer  ibb and obb is coming to the PlayStation Network next spring. The gameplay revolves around a world with two directions of gravity, but even more so it’s about the interaction between the players. All elements in the game are designed for two, ranging from the way you solve puzzles to handling enemies.

In the game you explore five worlds, consisting of three levels each. Visually the mood starts out very colourful and adventurous, slowly changing into a somewhat darker atmosphere. The same transition can be found in the music, all of which is composed by Kettel.

Throughout the game new mechanics are introduced that add to the previous ones. Some change the way you can move around, like the gravity bubbles, while others change what you can see depending on the distance between the players. In the end, puzzles become quite complex, but by then you should have become well practised in double gravity acrobatics.

The developers are currently polishing the game and added an online multiplayer mode. 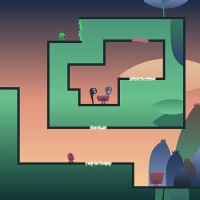 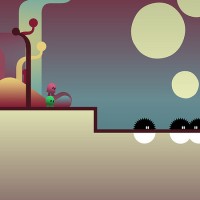 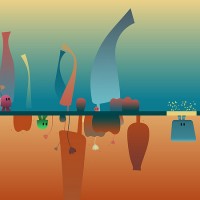 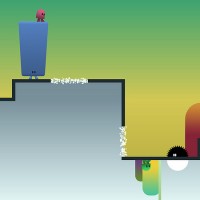