Q1 of 2013 is looking like its going to be a expensive time for gamers, with the likes of God of War: Ascension, Sly Cooper: Thieves in Time, and now Insomniac’s Fuse all arriving within the first three months of the year. Fuse, formerly known as Overstrike, is a third person, four-player cooperative game that centres around a volatile energy source that has fallen into the wrong hands.

The substance, called Fuse, has been acquired by a terrorist organisation known as Raven, and Overstrike 9 has been hired to track down and stop it from setting off a deadly arms race. You can play with up to three of your friends, and each member of Overstrike 9 has its own signature Fuse-powered weapon. 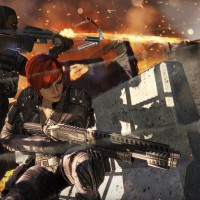 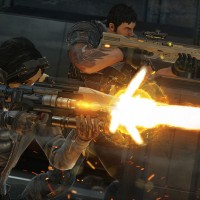 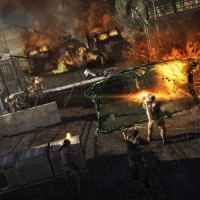 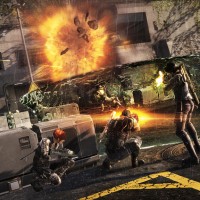 Play as Dalton Brooks, an ex-mercenary who has a Mag-shield that acts as portable cover and unleashes a devastating blast that liquefies opponents. Take on the role of Naya Deveraux, who can cloak to flank enemies and fire out mini-black holes that implode its victims. As Jacob Kimble, you can keep enemies at a distance with the Arc Shot and shoot out charged bolts that chain react and fry enemies. Then there’s Izzy Sinclair, who can either launch out med beacons to heal teammates or fire her Shatter Gun to crystallise and explode nearby threats.

And if you’re not sure who you want to play, you can use the LEAP feature to instantly switch to any available character.

The game is scheduled for release in March 2013.

One comment on “Insomniac’s Fuse Gets March 2013 Release Window”