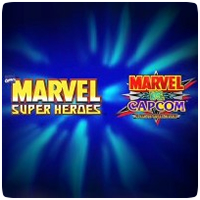 Gamers will be able to download both titles in the Origins collection for €14.99/£11.99. Capcom have said that both titles have been kept “arcade-perfect”.