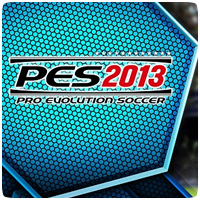 Konami have confirmed an official release date for Pro Evolution Soccer 2013. The game will be coming out this month, just one week ahead of rival title FIFA 13. Launch dates for the Wii, 3DS, PSP and PS2 versions of PES 2013 will be announced “shortly”, according to Konami.

In the UK, gamers will also be able to get a Manchester United-themed steelbook edition, featuring the team’s branding on the cover.