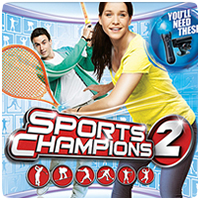 San Diego Studio has revealed that PlayStation Move title, Sports Champions 2, will be released in PAL regions in October 2012. In about two months, gamers will be able to enjoy sports new to the series, including Skiing, Boxing, Tennis, Golf, Bowling and Archery.

The game will be available across Europe, Australia and New Zealand from October 31st 2012. As mentioned before, the game is undergoing some final tweaks and changes before the game is released. The developers have also revealed plans to release DLC post-launch, with more details to be announced soon.

Sports Champions 2 will be released in North America on October 30th 2012.