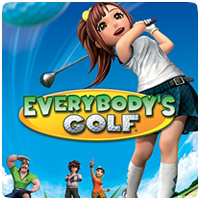 According to Famitsu this week, the PS Vita game Everybody’s Golf will drop its exclusivity and move to the PS3. Naturally, the game will be cross-play compatible, but it will also support the PlayStation Move controller. The issue reveals that the game will be available in Japan on November 22nd 2012.

There was no other details mentioned, but hopefully the visuals will be updated to support the PS3’s higher resolution. The PS Vita version suffered from blurry visuals due to poor upscaling. Look out for more details in the near future.