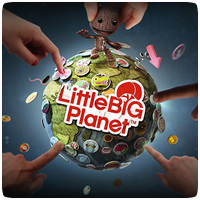 The costumes are not directly compatible so the developers are working to bring the released costumes to the other titles. Since there are hundreds of costumes already available for both LittleBigPlanet and sequel LittleBigPlanet 2, it will take some time to re-package them up for the two upcoming games. This means that some of the costumes will be available at launch, while others will be released in phases.

One comment on “LittleBigPlanet Costumes Will Be Cross Compatible Across Titles”