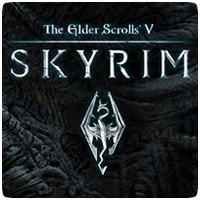 The Skyrim version v1.7 patch, which was released for the PC version of The Elder Scrolls V: Skyrim last week, is coming to consoles soon. PS3 owners are still waiting for patch version v1.6 to be released, but this will now be rolled into the v1.7 patch instead.

The new patch fixes a number of bugs in the game. The v1.6 patch introduced mounted combat and fixed more bugs. Hopefully, this simultaneous release of patches will mean that PS3 owners will finally get to see the Dawnguard DLC that was released on other platforms last month.

The v1.7 and v1.6 combined patches will be available on the PS3 next month.