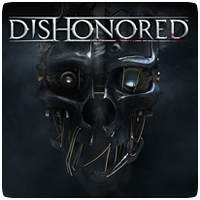 Arkane Studios and Bethesda have released new screens for their new IP Dishonored. The screenshots were first unveiled at QuakeCon 2012 which took place earlier this month in Dallas, Texas.

The new screenshots show more pristine, gorgeous visuals, while showing off some of the powers you may be using along with the almost BioShock Infinite looking characters. Check out the screens below:

Dishonored is due to be released on October 9 in North America and October 12 in Europe for PlayStation 3, Xbox 360 and Windows PC.