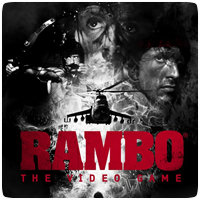 In terms of gameplay, Rambo will be a mix of first-person and “fixed perspective” action sequences, utilizing cover mechanics and destructible environments. Reef Entertainment has released a “cinematic” teaser for the game, but it doesn’t include any game footage. You can also find some screens below.