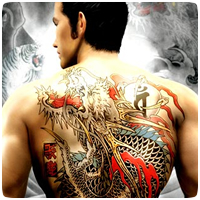 An early edition of Famitsu has confirmed the rumoured HD remakes of the first two Yakuza games, originally released on the PS2. First spotted in a release schedule published by Sega, the HD remakes will some on a single Blu-ray disc and is scheduled for release in November 2012 in Japan.

Famitsu states the game will include improvements to the original versions of the game in addition to the HD visuals. This includes reduced load times and item box management. Pre-order bonuses for the game will be themed around the original PS2 version’s packaging.

One comment on “Yakuza 1 & 2 HD Remakes Confirmed By Famitsu”